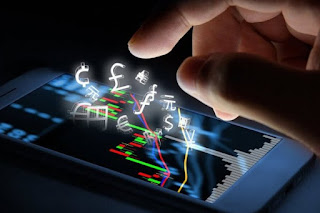 JAKARTA (TheInsiderStories) – Beside, Sea Group from Singapore, Grab and other investors eyes the digital unit owned by local lender, PT Bank Capital Tbk (IDX: BACA), said the president director today. The issuer has a digital service called Capital Net that has been used by the customer since 2019.

“Grab is not the only digital company that is interested in Bank Capital,” President director of the bank, Wahyu Dwi Aji, told Kontan today.

Bank Capital has announced to issues around 20 billion new shares or equivalent to 73 percent of the issued and fully paid capital. The lender, formerly known as PT Bank Credit Lyonnais Indonesia, is estimated can reap more than Rp2 trillion (US$141.83 million) from the corporate action.

Some time ago, the news about this company was crowded, related to the placement of conglomeration firm, PT Bakrie & Brothers Tbk (IDX: BNBR)‘ funds in the bank. The amount of third party funds was reported Rp2.68 trillion, different from the amount of deposits owned by several companies which are put in the banks worth of Rp3.76 trillion. No further details the authority’ reaction on the unfair data cases.

While, Grab Financial has raised more than $300 million of Series A funding led by Hanwha Asset Management Co. Ltd. Other investors in this funding round were K3 Ventures, GGV Capital, Arbor Ventures, and Flourish Ventures. The management said would use the new funding to help individuals and small medium enterprises to access the benefits of financial services.

Recently, the tech firm and Singtel was selected by the Monetary Authority of Singapore to establish a digital bank in the country to serve the underserved and unbanked people. The unit, Grab Financial hope to have full revenue potential of $60 billion by 2025.

The bank was established on April 20, 1989 and then merged the company with a bank owned by Credit Lyonnais SA from France and PT Bank Internasional Indonesia Tbk (IDX: BNII) and changed its name to Bank Capital on June 5, 1999. At present, the lender has 82 operational offices in Jakarta, Tangerang, Bekasi, Bandung, Surabaya, Solo and Kupang.

Currently, Sea Group also is rumoring eyes Bank Capital and PT Bank Bank Bumi Artha Tbk (IDX: BNBA) shares. Based on the Financial Service Authority regulation the commercial bank must have a minimum capital of Rp3 trillion by the end of 2022. 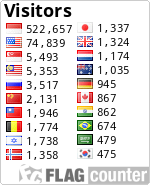